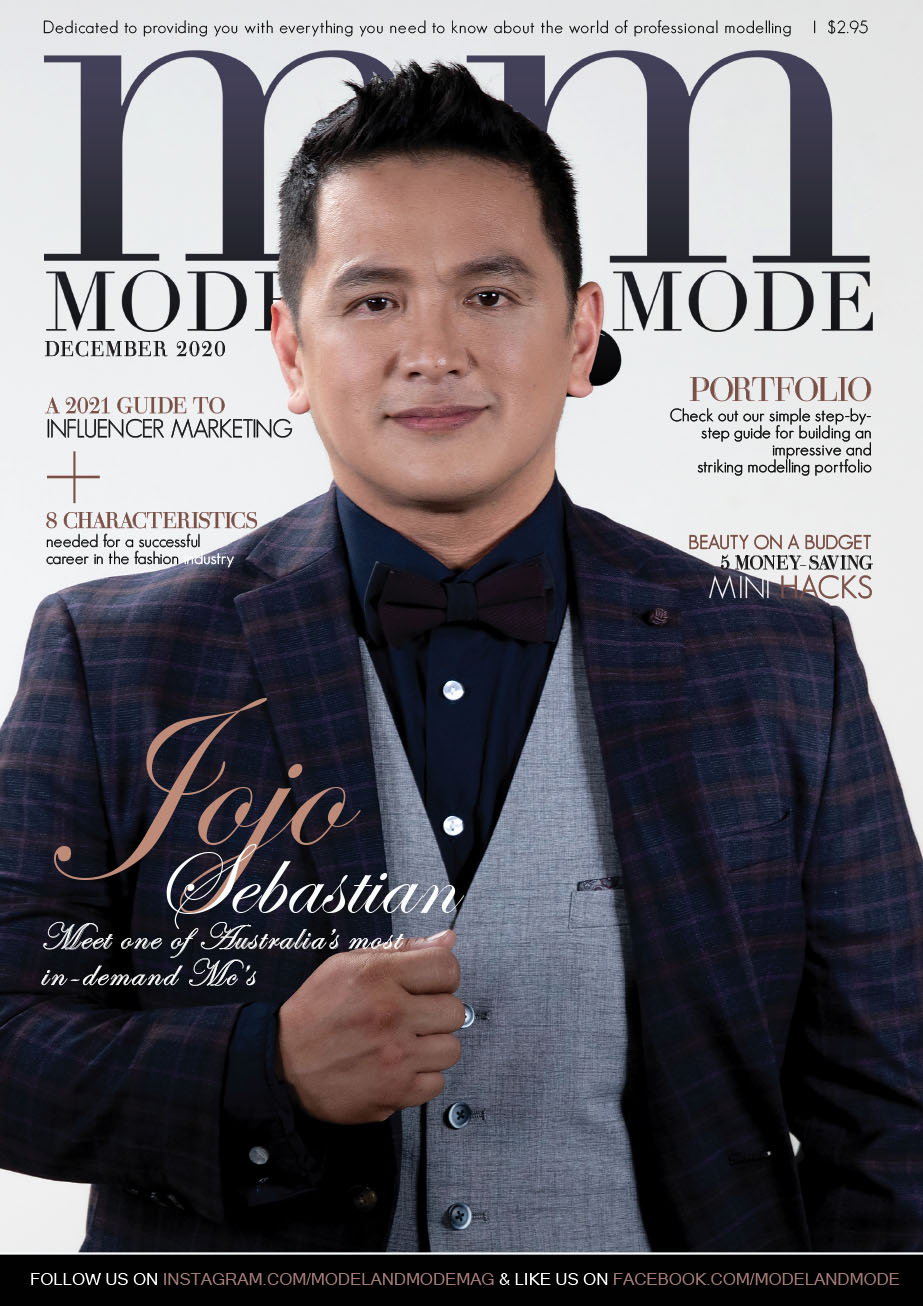 Jojo is a devoted and compassionate nurse in the Operating Theatre at a busy Metropolitan Hospital in Sydney. However, on weekends, this orthopaedic nurse transforms into a charming and dashing tuxedo attired singer-entertainer and master of ceremony. A veteran of the United States Military Forces, he could be seen regularly in concerts where he performs as a front act for artists both locally and internationally. He is the main staple in the Local and International Pageant in the last 17 years.

Jojo Almazora Sebastian was named the Australian Best Pageant Host in the Australian Golden Sash Awards for both 2019 and 2020. At the beginning of 2020, he was named as the Most Influential Person of the Year and Musician of the Year in Ava’s World Magazine Awards. In the same year, this former University Professor participated in Sydney Sings for Hope Concert for the benefit of the front liners for the Bush Fire that happened in NSW. He also lent his voice in the Heroes of the World Album recording the song “Walang Mahirap sa Buhay” written and arranged by Oliver Gadista.

Recently, Jojo was nominated and awarded in the Inaugural Sydney’s Best Dressed due to his good dressing sense and confident personality. Moreover, he released his debut Christmas Album entitled: “Christmas Ain’t Christmas Without You” released 30th October 2020. Furthermore, he has received a nomination for the Manila’s Best Dressed for 2020-2021 to represent Australia in the prestigious Annual Event.

In 2021, Jojo aspires to broaden his horizon as an individual and concentrate on his advocacies he been helping in the past 10 years. His advocacies include the following: (1) children and (2) Volunteerism. For the Children, he continues to support the various charitable institution and fundraised for Sydney Children’s Hospital and Cerebral Palsy Foundation. He also provides scholarships for the less fortunate in the Philippines to continue a college education.

One of the projects he really wanted to concentrate on in 2021 is Community Service by Volunteerism. Volunteering is generally considered an altruistic activity where an individual or group provides services for no financial gain. Volunteering is often intended to promote goodness or to improve human quality of life. Volunteering may have positive benefits for the volunteer as well as for the person or community served. Jojo highly believes that if our community comes together and volunteer even for just a couple of hours a month under any charitable institution and non-profit organisation – it will make a positive difference in the personal and professional aspects of all individuals involved, especially oneself. He furthers state that he would like for the community to realise to volunteer is a social responsibility of all its member especially to the marginalised and disadvantaged.

Consequently, Jojo was just also declared a finalist in the Mister Diamond International Australia 2021 which will be held in April 2021. Model & Mode magazine recently caught up with Jojo and here’s what went down:

1. How did you decide to be a professional MC? Who or what inspired you?

Back in my elementary days, I was very active in participating in school programs and events. And it seems like I always get the task of either performing, managing, and/or hosting each event. And as I grew up, and reached high school, I eased into the role. Because I was always tapped to host school functions which include pageantry. My classmate then started inviting me to host their debut celebration which came natural to me since I was confident enough to speak in public. As time passed by, the hosting invitations became more frequent, so I decided to become professional. As they say, when you start getting paid you are turning professional. One of my inspirations in pursuing and honing my hosting skills is my mother – Josephine Sebastian. She is very natural, witty, and entertaining. I definitely got my abilities and talents from my mom. 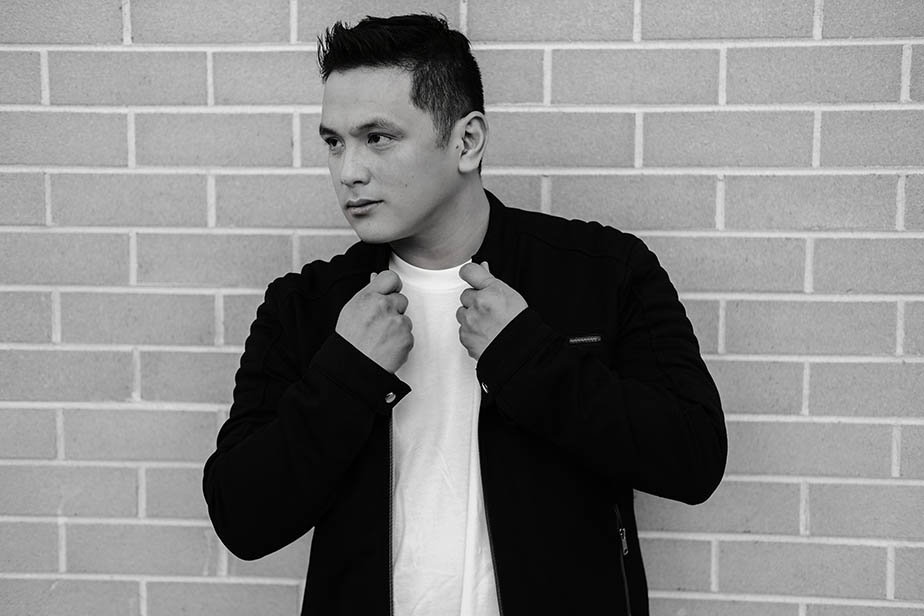 2. What was your first big break in the industry? How did it feel?

My first big break in the industry in Australia is when I was given the opportunity to host Miss and Mrs. Sydney Charity 2017 produced by FACAES. Even though this was relatively considered a small pageant, however, this paved the way for me to return to hosting pageantry. I totally have missed the adrenaline rush of being on stage and helping each finalist shine on stage. It felt great. It felt like I was actually back somewhere familiar like I consider the stage my second home.

3. What is your dream MCing job?

Besides hosting the Miss Earth Australia 2021, I would love to host an international pageant such as Mrs. Universe if it gets held here in Sydney. That would be another level. For sure it will be a great experience to go through.

4. Who are your favorite MC’s?

I love the hosting skills of Ryan Seacrest and wit of Steve Harvey.

5. If you weren’t an MC, what would you do within the entertainment industry?

Besides being an artist which I am pursuing now. I believed I would have pursued my passion for acting. However, the acting bug kinda left me and the singing bug stayed. I recently released my Christmas Album entitled “Christmas ain’t Christmas Without You” produced by Mr. Oliver Gadista of Mojo Studios. I do hope to pursue singing and recording in the coming year 2021.

6. How do you stay fit and healthy? What’s your exercise regime?

I ensure that I stay active all week. Being a registered nurse, it is imperative that I keep fit and healthy. Although it is difficult because of my rotating schedule. However, you just need to make time. I do a lot of cardio because it helps me with my vocals as well.

7. Is there much work around for MC’s?

Honestly, there is more than meets the eye. You need to actually learn more than just your lines. It takes more than just reading from the script. What I have learned is that you need to become the light of the program. Because as an MC you will be tasked to keep the phase and momentum of the program from beginning until the end. So as I am preparing for a show, I ensure that I get more information than what was needed. This helps me prepare myself for adlibs and reacting accordingly when there are minor difficulties and problems encountered during the show. 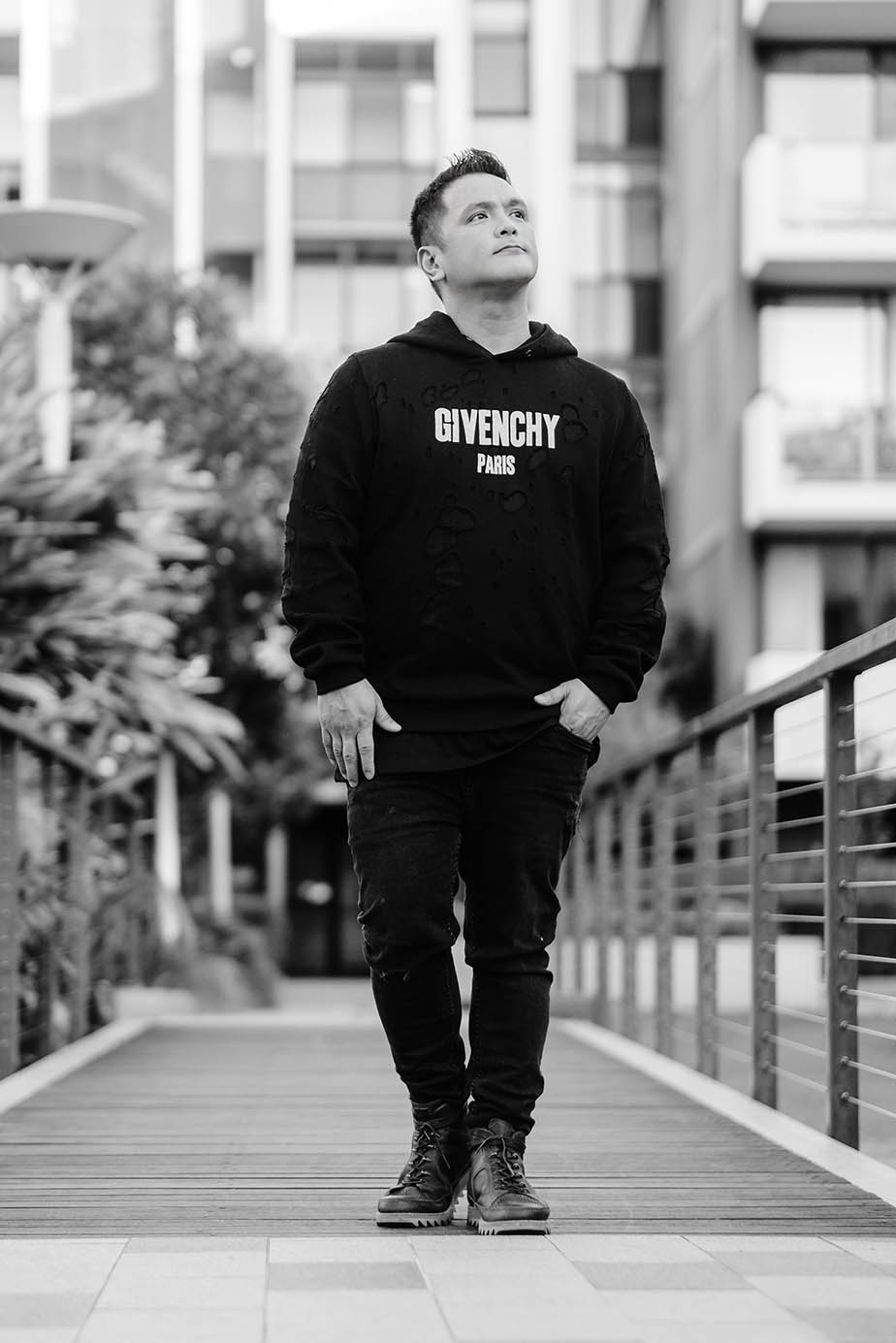 8. When you’re not busy being an MC, what are some of your favorite things to do?

I love to paint. All my hosting gig was canceled and placed on hold this year due to the health pandemic since March. And I discovered my love to create through painting. I also love to plant, it seems that I inherited my dad’s (Jaime Sebastian) green thumb.

To relax I do various things. It includes painting, gardening, singing, meditating but especially getting a relaxation massage.

10. What is your go-to everyday outfit?

I have found myself increasingly busier in the last few months with singing, nursing, and hosting work. I feel like I am constantly running around Blacktown to Sydney and everywhere in between. When this happens, my go-to outfit is usually a pair of RM Willaims, black jeans, a button-up short sleeve, and a nice jacket… Super comfy- but not exactly “trendy”. 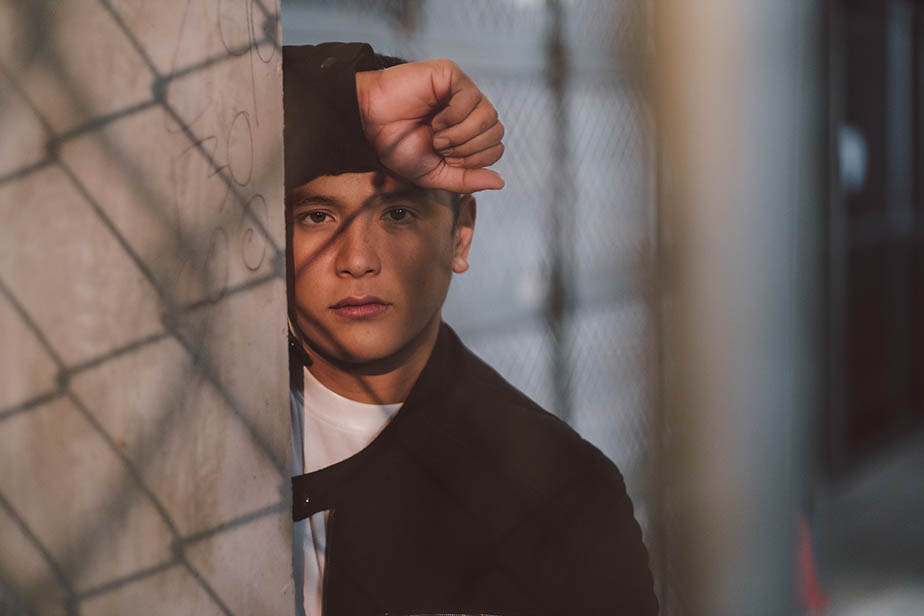 11. Given the competitiveness and the speed of the industry, how do you ensure you stand out?

I keep myself current by keeping my skills in check and ensuring that my information is up to date. I also love doing and trying new things when it comes to hosting. By doing so, you keep yourself in front of the industry. Keeping current does not mean totally forgetting your foundation, instead, you just need to hone your new skills set with your foundation and evolve into your own unique style.

Meet The Rising Star Behind The Cover Of The January 2023 Issue Of Model & Mode Magazine: Ellie Bojarski 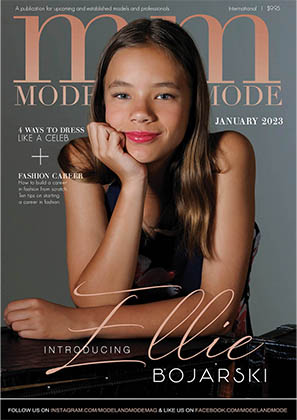 Meet The Rising Star Behind The Cover Of The November 2022 Issue Of Model & Mode Magazine: Helena Ristevski 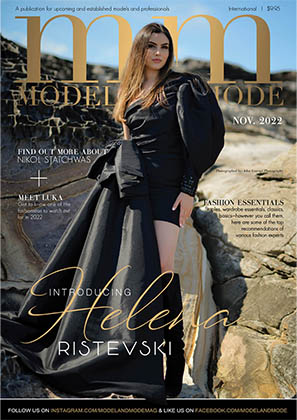 Meet The Woman Behind The Cover Of The October 2022 Issue Of Model & Mode Magazine: Diana Omuoyo 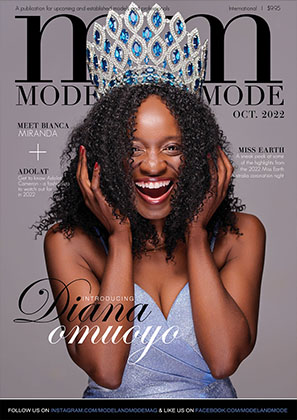 Meet The Rising Star Behind The Cover Of The June 2022 Issue Of Model & Mode Magazine: Kristin Venae

Meet The Model Behind The Cover Of The May 2022 Issue Of Model & Mode Magazine: Arundhati Banerjee

Meet The Superstar Behind The Cover Of The January 2022 Issue Of Model & Mode: Danica Patrick

Meet The International Model Behind The Cover Of The October 2021 Issue Of Model & Mode: Mischaela Elkins

Meet The International Model Behind The Cover Of The August 2021 Issue Of Model & Mode: Robbie Canner

Meet The Supermodel Behind The Cover Of The July 2021 Issue Of Model & Mode: The Stunning Joanne Nicolas 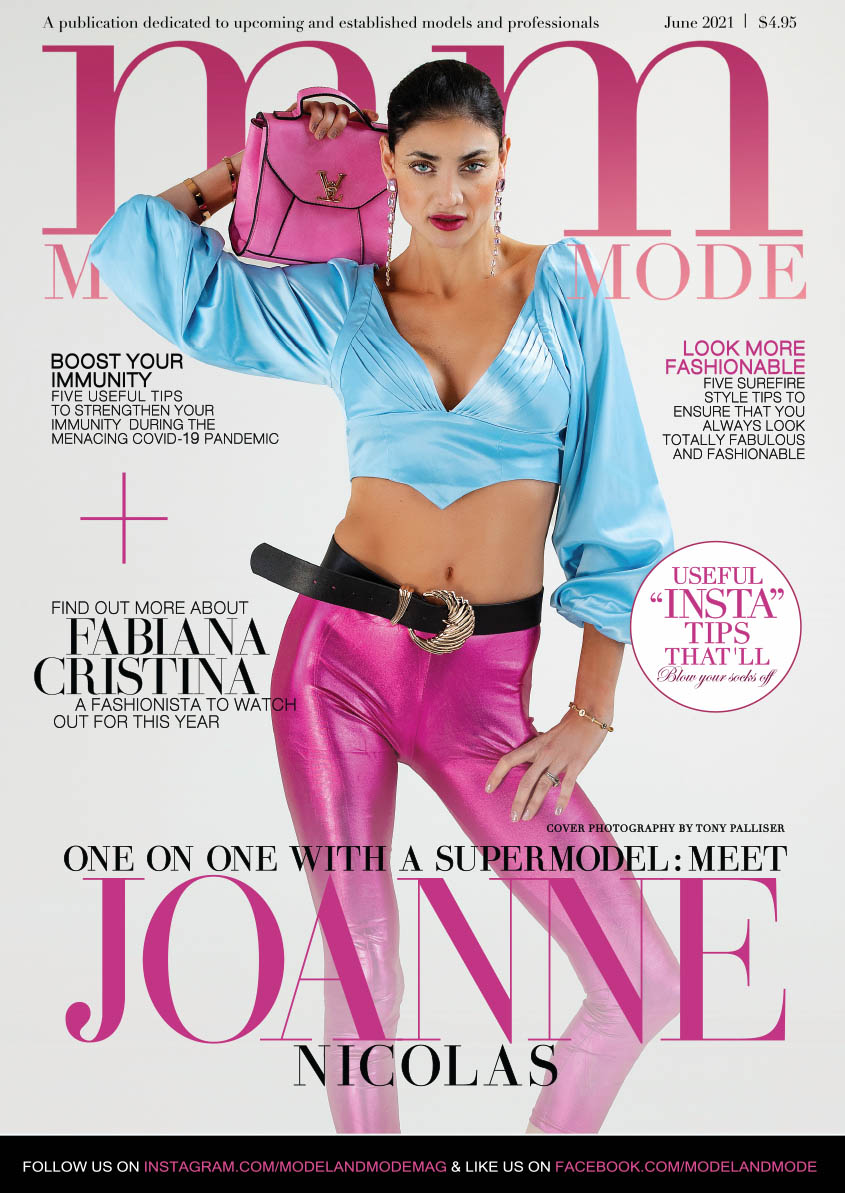 Meet The Model Behind The Cover Of The June 2021 Issue Of Model & Mode: The Stunning Marona Tanner 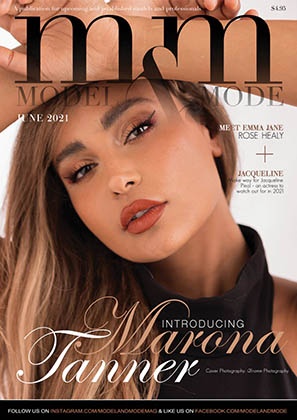 Meet The Beauty Behind The Cover Of The March 2021 Issue Of Model & Mode: The Stunning Abi Grigsby 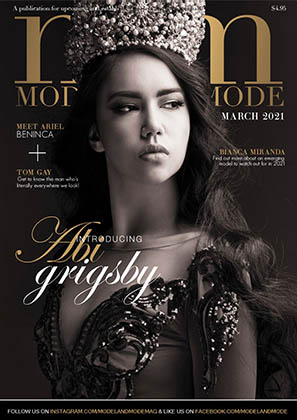 Meet The Stunner Behind The Cover Of The February 2021 Issue Of Model & Mode: The Beautiful Paige Tonkin

Meet The Model Behind The January 2021 Issue Of Model & Mode: The Dashing Cristian Sahdalá 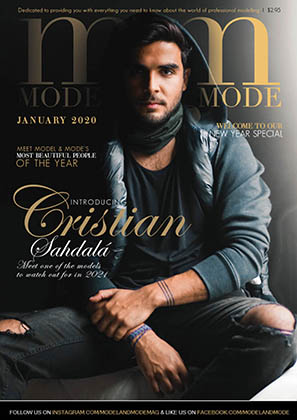 Meet The Rising Star Behind The December 2020 Issue Of Model & Mode: The Amazing Jojo Almazora Sebastian 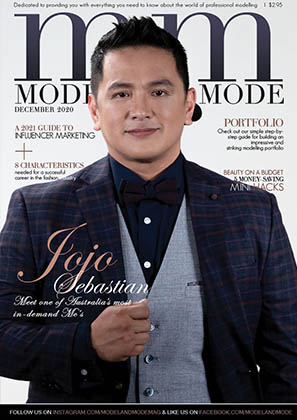 Meet The Rising Star Behind The November 2020 Issue Of Model & Mode: The Talented Andrew Belle Wilson 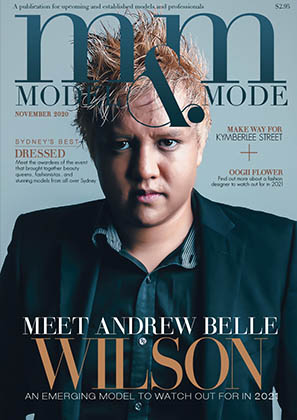 Meet The Man Behind The October 2020 Issue Of Model & Mode: The Incredible Armand Peri 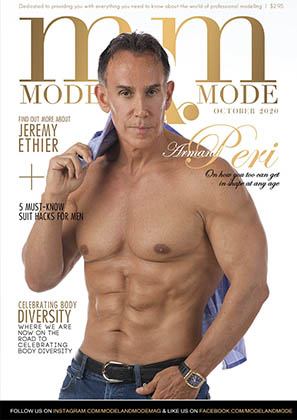 Meet The Model Behind The August 2020 Issue Of Model & Mode: The Stunning Maia Fuchs

Model to watch out for in 2020: Liudmyla Tkachenko 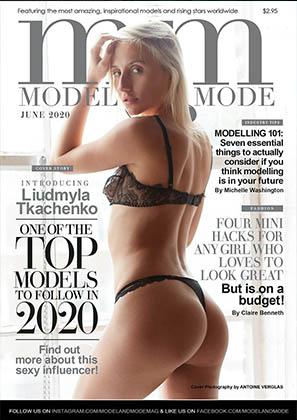 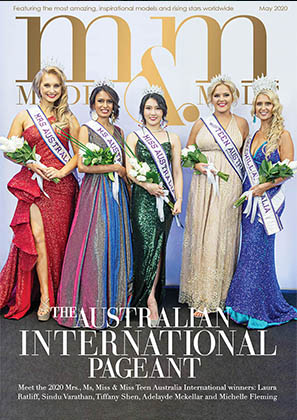 One on one with Marjara Petito 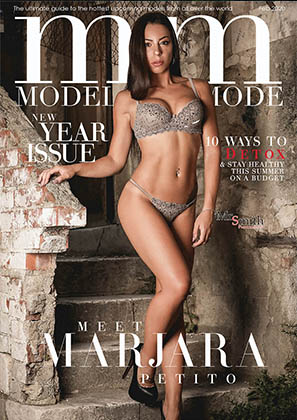 One On One With The CEO Of Royalle Modelling: George Bastoli 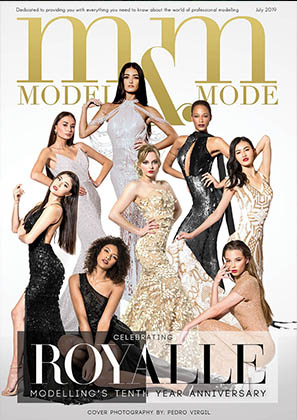